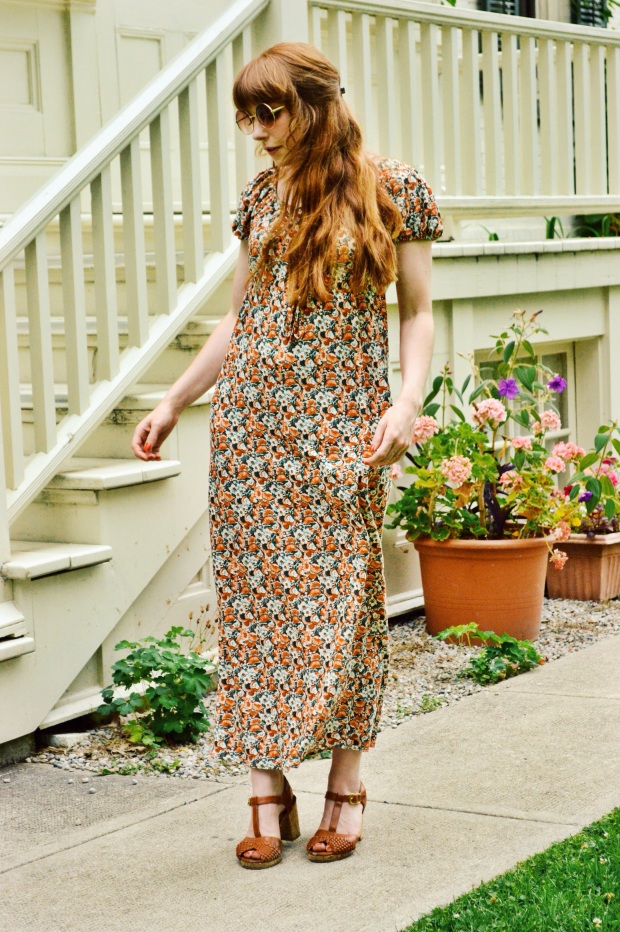 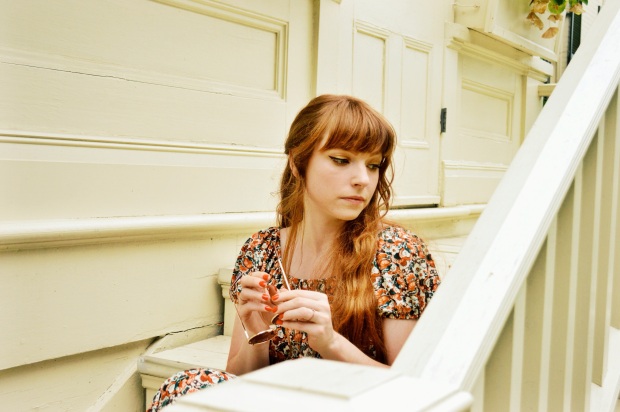 In the summer, there is probably nothing comfier than a light-weight maxi dress; it feels like leaving the house in a nightgown. If you are a gal like me (or heck, even a guy) who likes wearing dresses the majority of the time, it’s perfect for those warm, yet windy days so no undie flashes occur, or for times sat in the park, so again, we have no concern about our underthings. This particular vintage number caught my eye for the pattern and colours, and while it read size large on the tag, I felt as though that was not the true sizing, so I gave it a whirl regardless and it fit just the way I wanted; a little form fitting, but still quite loose and airy. I lovingly call this dress my muumuu, which I supposed is not a traditional muumuu at all, but The Simpsons sort of made muumuus a joke for me, so anything long and loose immediately becomes a muumuu in my eyes (how many times can I say muumuu in one sentence?!) The other reason I’m particularly fond of this guy – if I’m being totally candid and honest here – is I’ve been feeling a little self-conscious about my body lately, which is really and truly a new feeling for me (maybe I’ll write a more lengthy post about that at some point), so this dress is the type that feels nice to wear on days when your silly thoughts and negative self-image are getting the best of you. 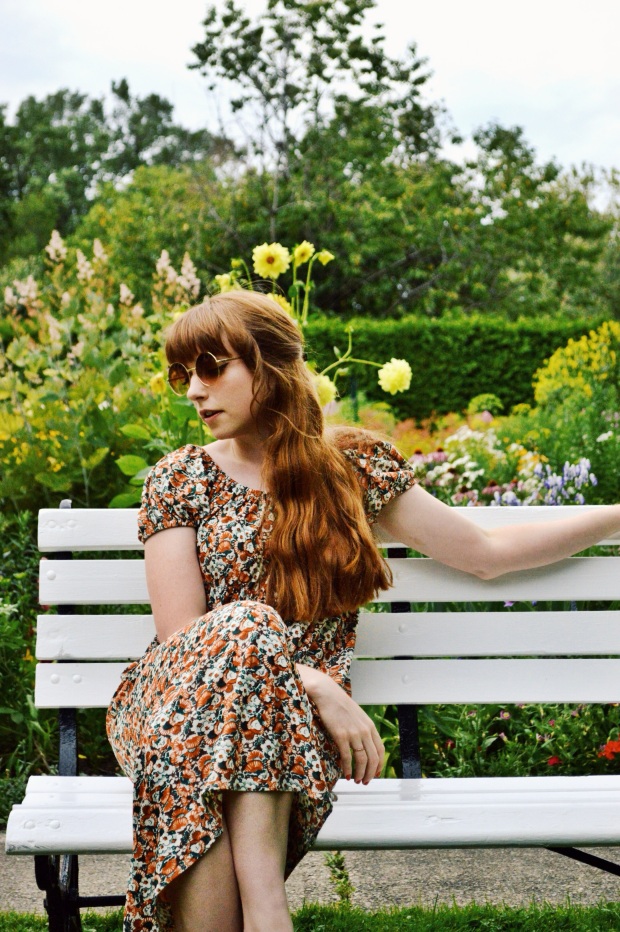 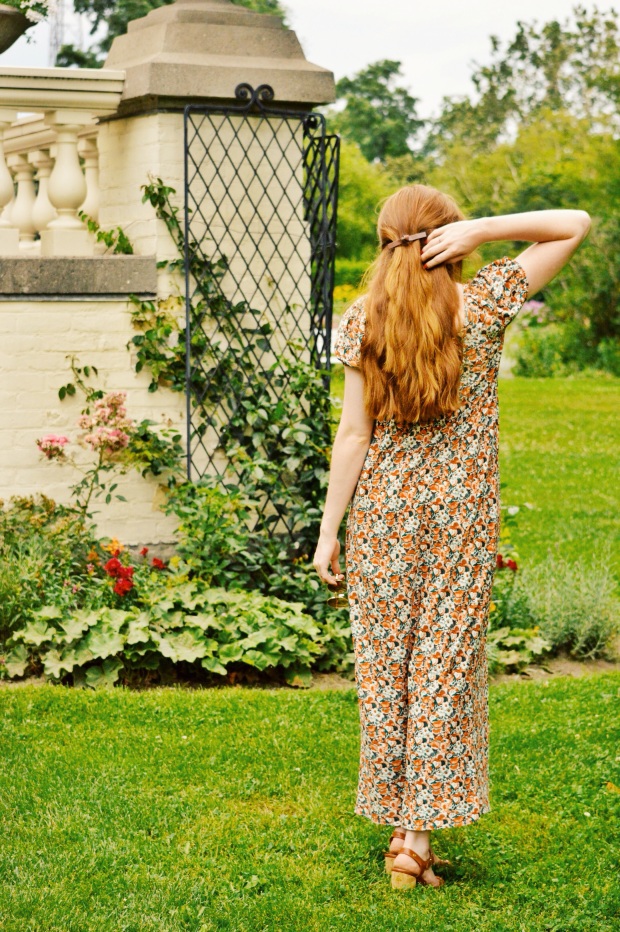 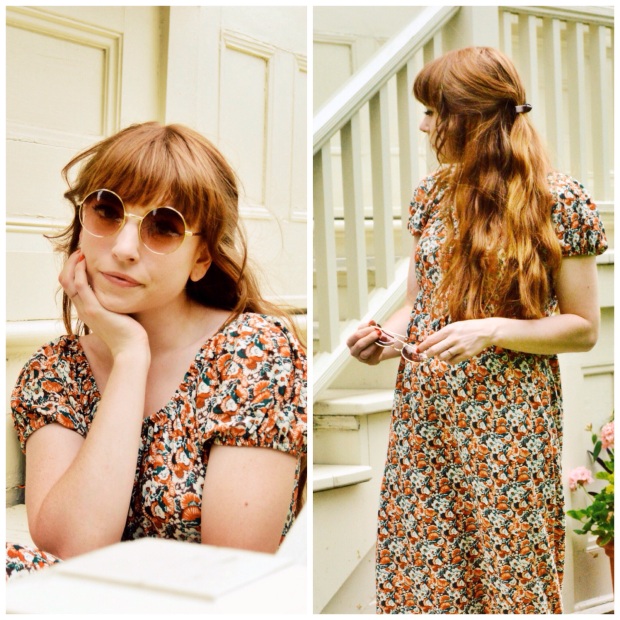 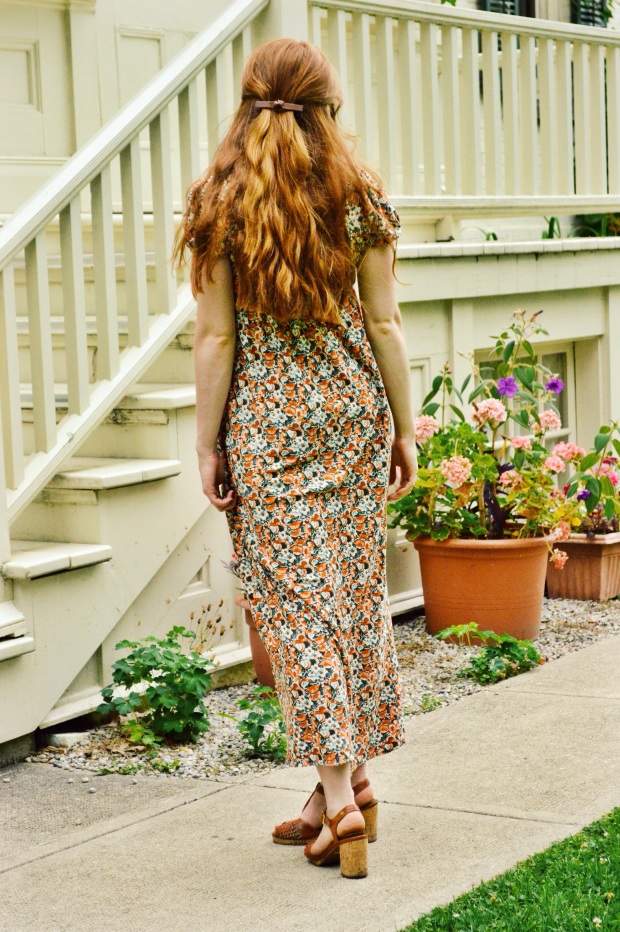 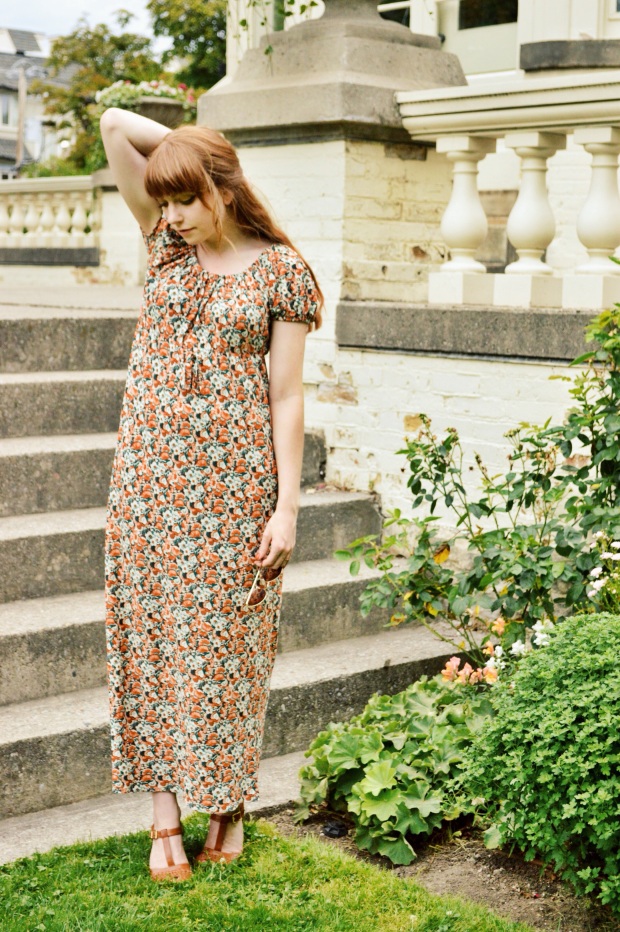 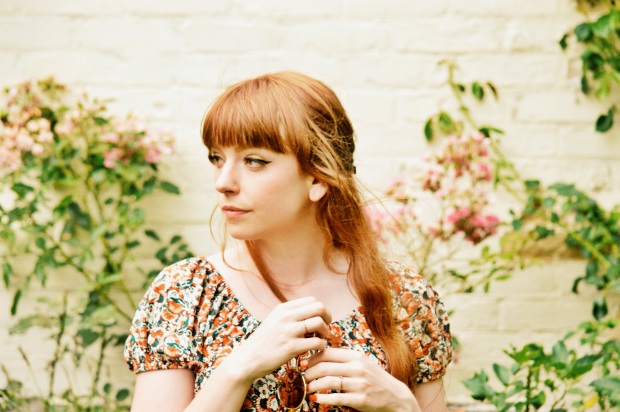 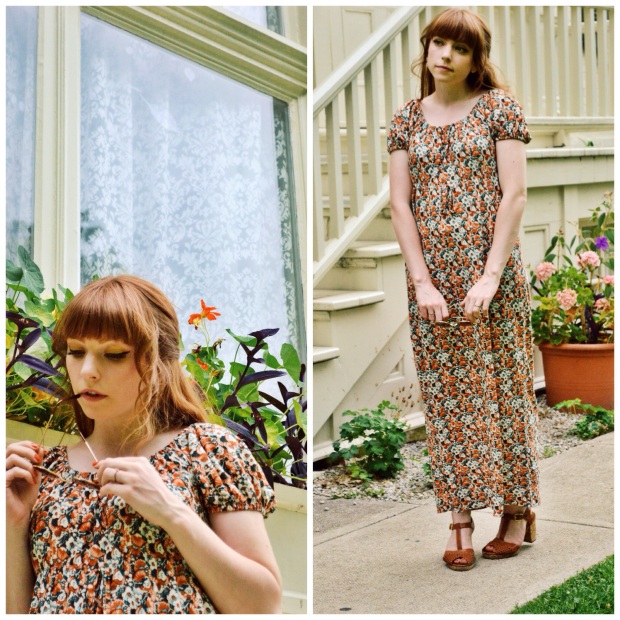 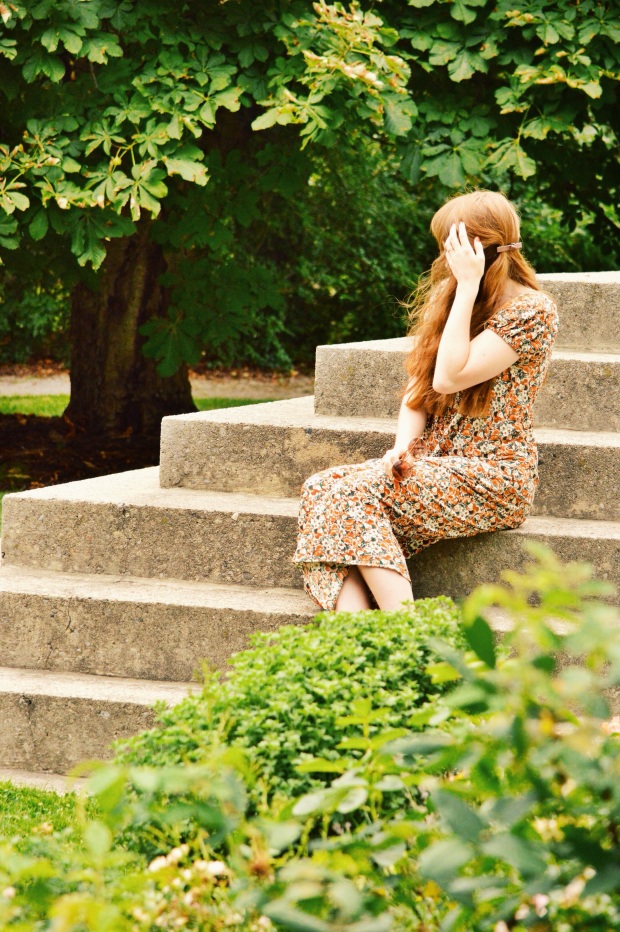 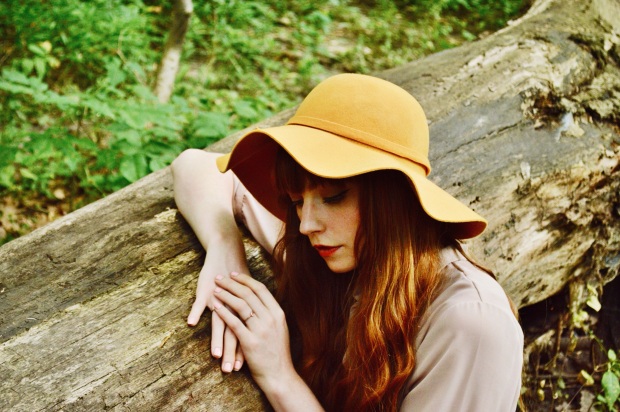 Getting these photos proved to be an incredibly trying experience. As you know (or maybe you don’t), I shoot most of my own outfit photos, which is time I truly enjoy; it allows me to have some alone time, get creative, practise my photography skills and explore new parts of my city (sometimes). I have a lot of go-to spots that I shoot at, which you may have noticed by now. These spots generally have little people around because even though I have been doing this for a long while, it is still awkward to have people watch you photograph yourself. On this particular day I had planned to go to one of my usual spots, but silly me, forgetting it was the Caribbean Carnival Parade (aka Caribana), the exact location I was shooting at was filled with Caribana goers; there was just no way I would find a secluded, quiet spot in that area. I had to make a snap decision (pun not intended) about where I wanted to shoot, because I refused to head home without photos in hand (or in camera). The traffic in the city this day was so congested, it was absolute chaos. What normally takes me about 1.5hrs to shoot (that includes travel time), ended up being closer to 4hrs because public transit was moving at a snails pace.  Once I finally reached High Park, it was a lovely time of day, but the mosquitos were well out and feasting on me pretty insanely, and I now have a strange lump on my underarm that I assume came from this day, but it’s hard to say. Not my favourite day of shooting, but you can’t win ’em all. Thank goodness I had one of my breeziest dresses on and a big hat because it was a pretty hot day, and I found myself outside for far longer than expected, so you can imagine the sweat droplets covering every inch of my body (lovely visual for you), which would have been far worse had a chosen to wear a less breathable article of clothing. 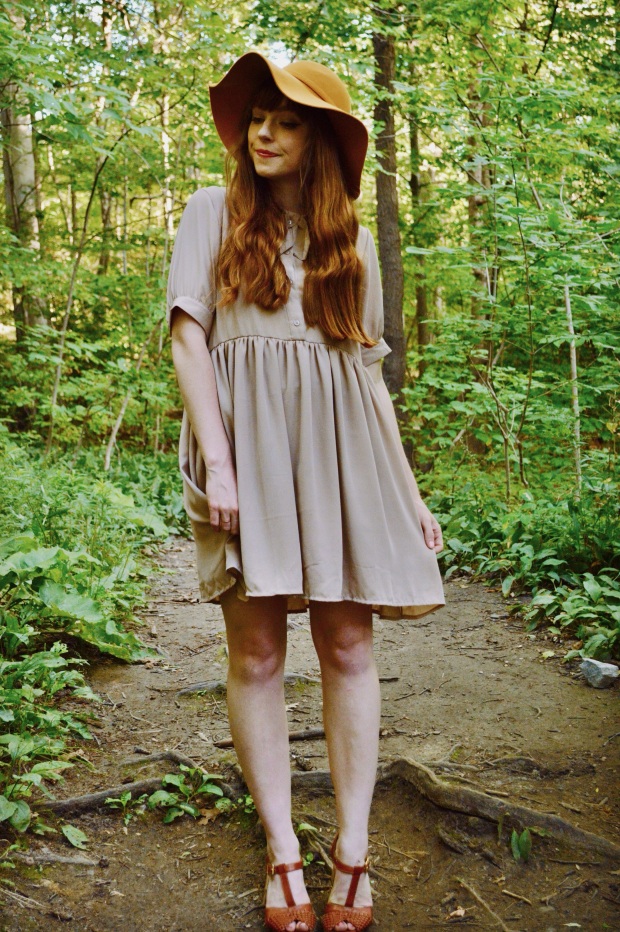 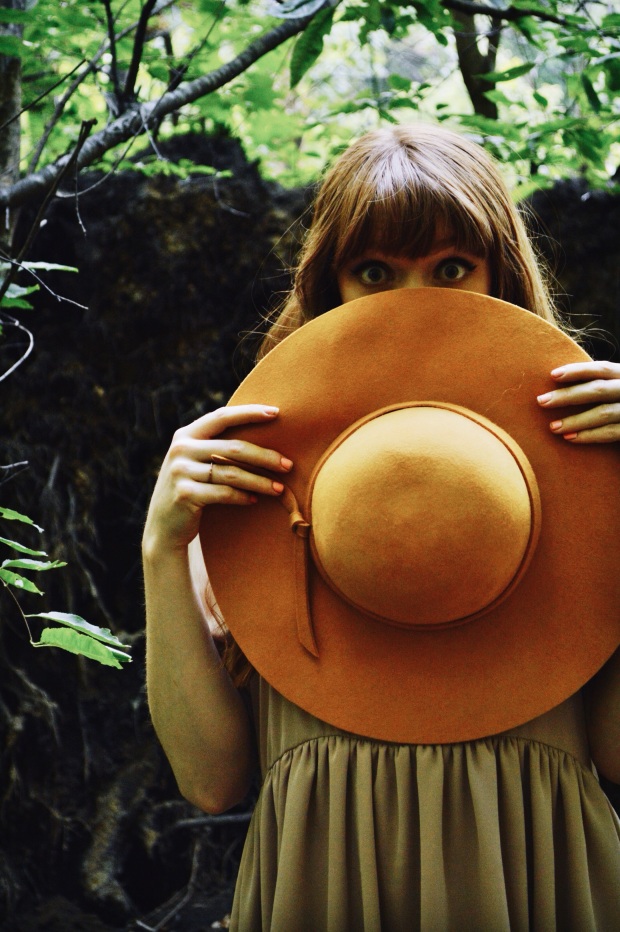 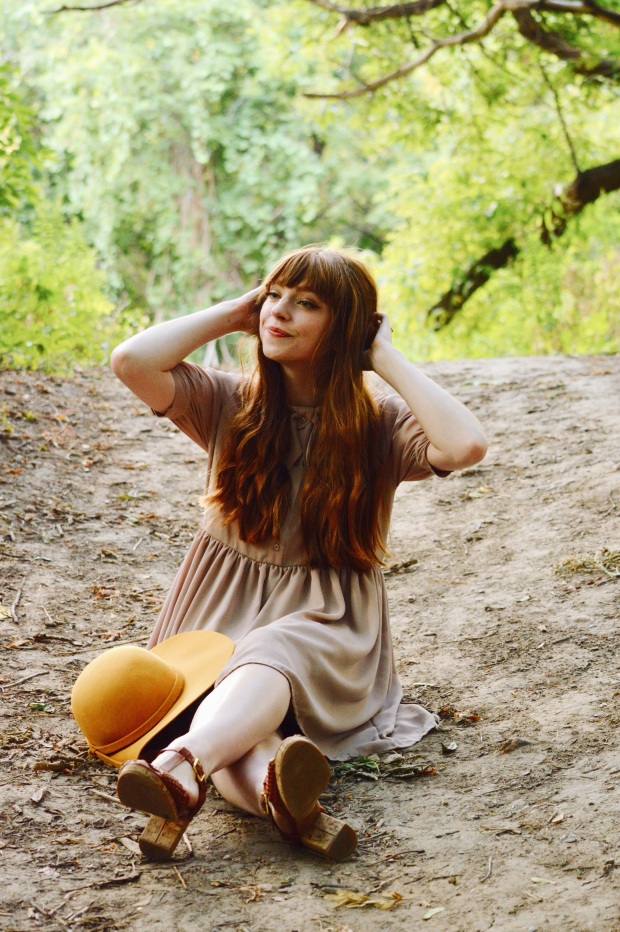 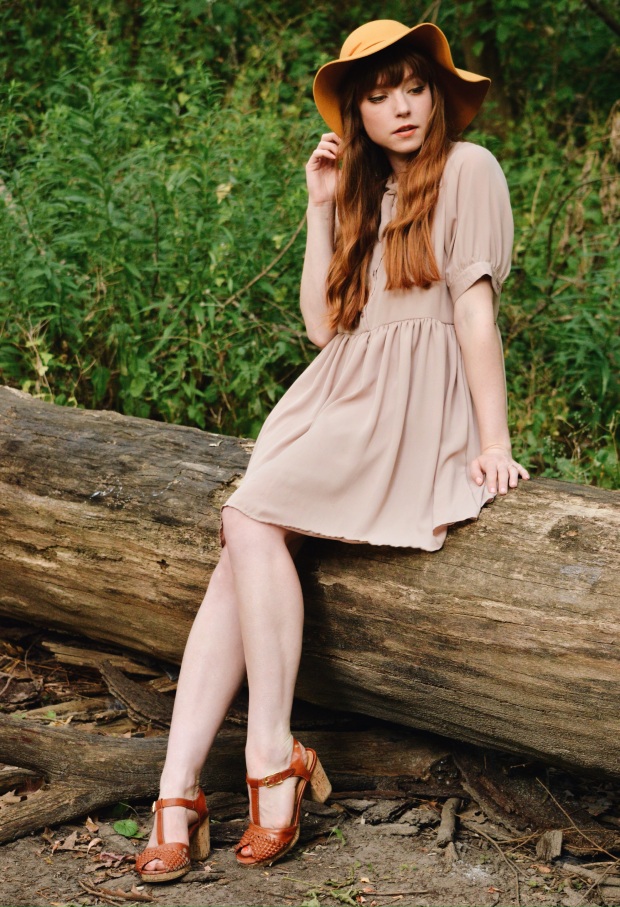 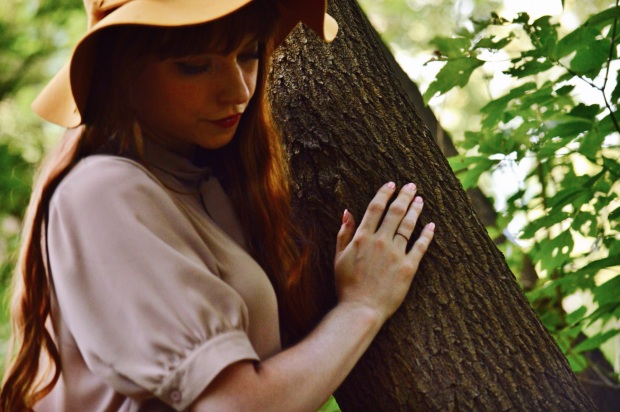 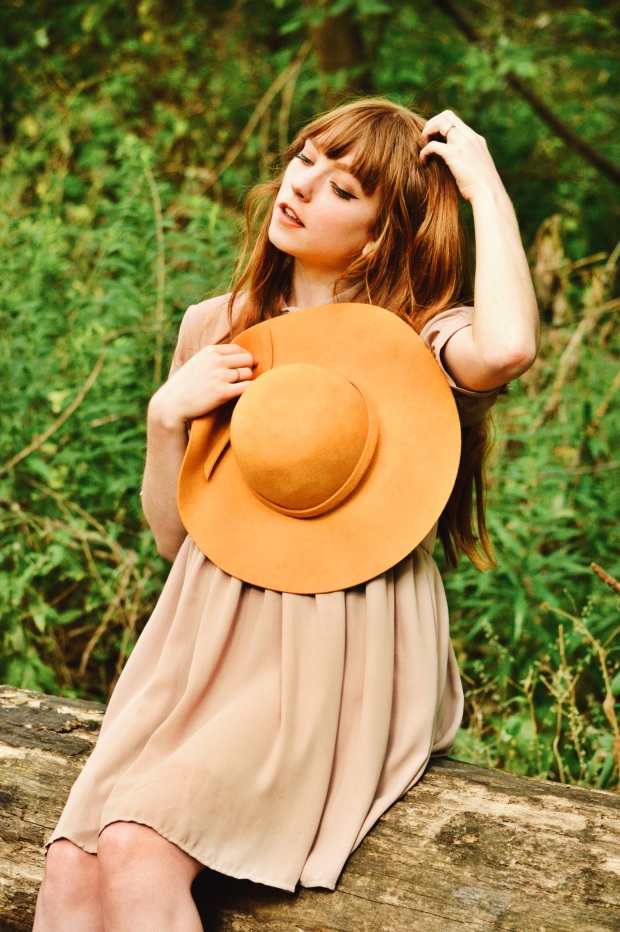 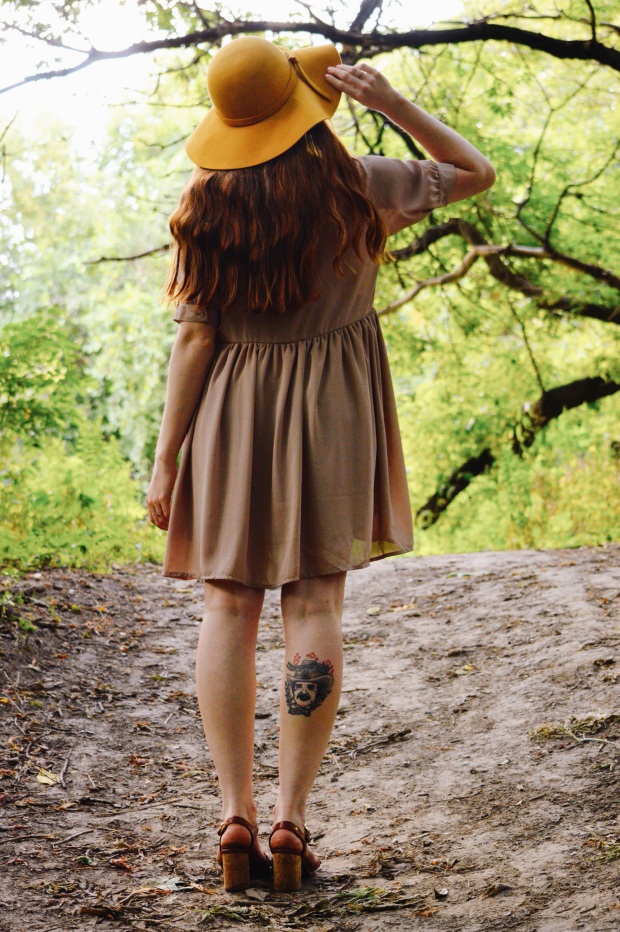 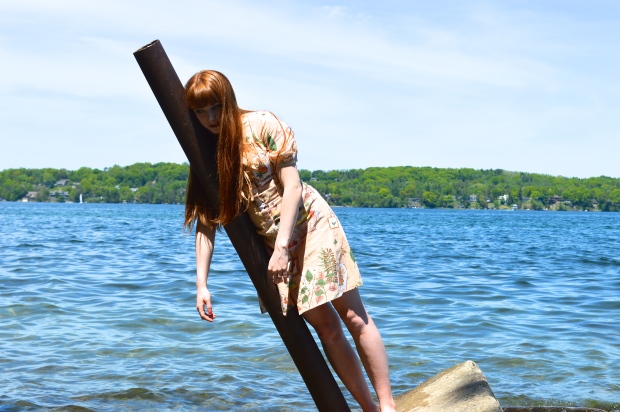 Sometimes it’s necessary for me to get out of the city. I do love Toronto (like really really do) but my mind and body often crave the slowness, fresh air, and silence that north of the city has to offer. Luckily for me, Ryan’s family lives in Barrie, in a beautiful home with ample outdoor space and a very short walk to the waterfront and forest. Ryan and I made the most of our weekend by doing pretty well nothing, which felt perfect. And I was excited to get this Family Affairs, Swedish Summer dress in the mail from Nina about a week or two before. It was the perfect dress for this particular day – lightweight, summery and fun. It’s one of those dresses that doesn’t really need styling – the print is so awesome and the cut is so cute, it’s a piece that can stand on it’s own, in my opinion. I like over the top and complicated sometimes, but I also really like simplicity, as long as I stay true to my silly, quirky nature.

I hope you all had a very lovely weekend. Mine isn’t over just yet, but I’ll keep this short and sweet because I have many new items to photograph for the shop (!!!), cleaning (ugh!) and  grocery shopping to do. So, bye for now! 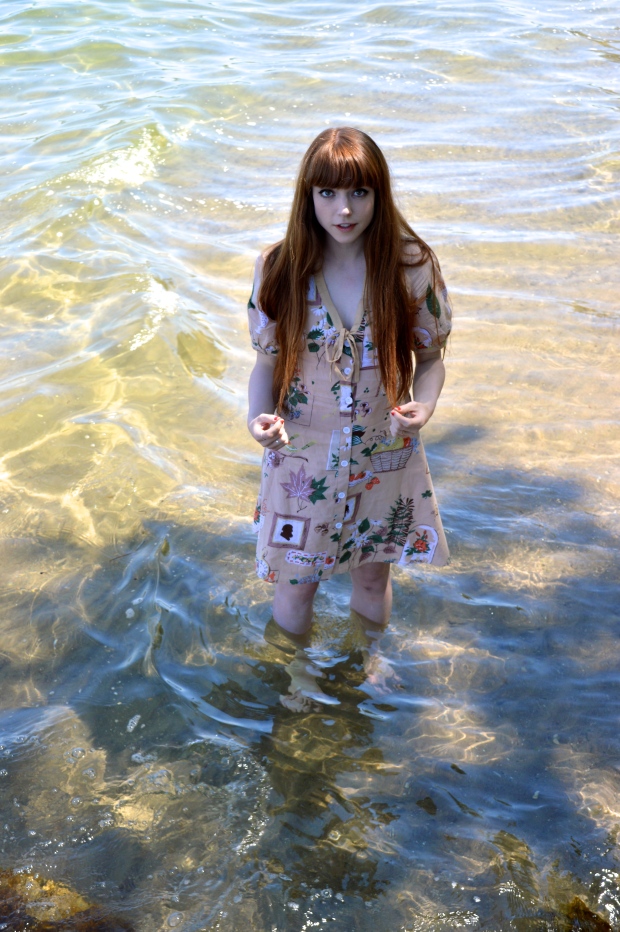 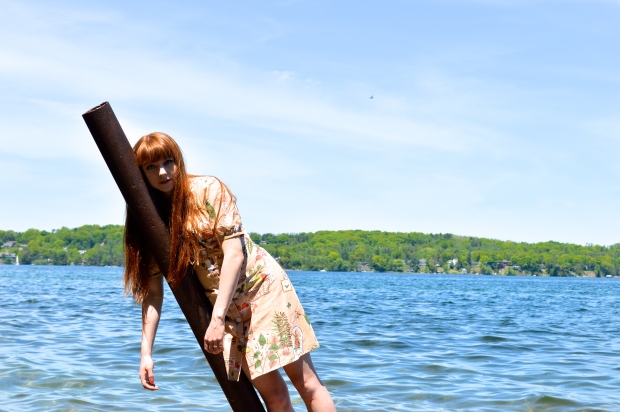 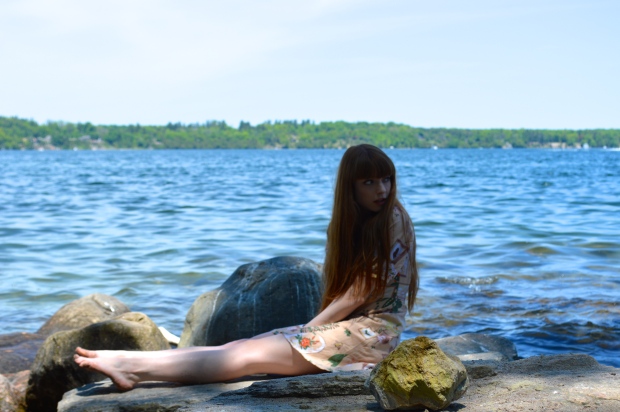 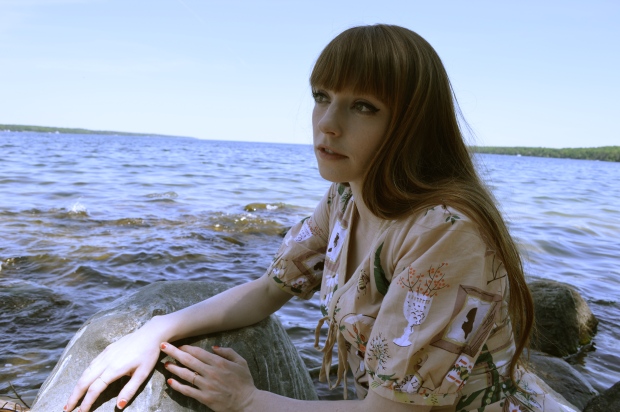 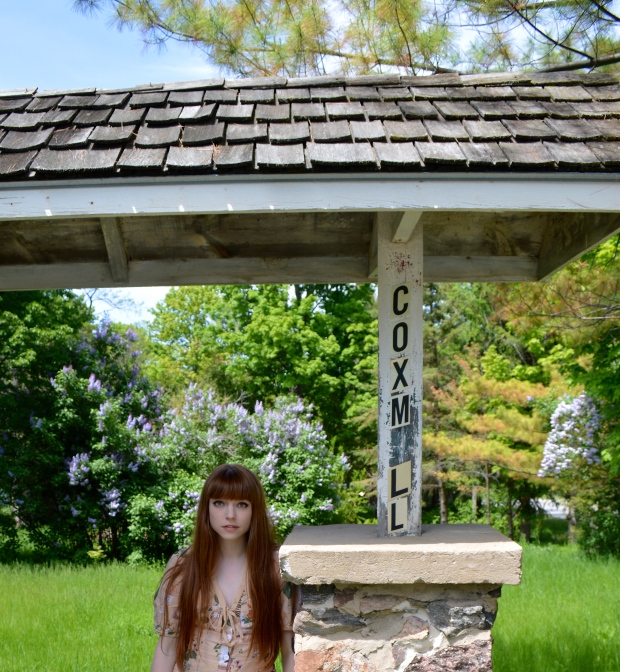 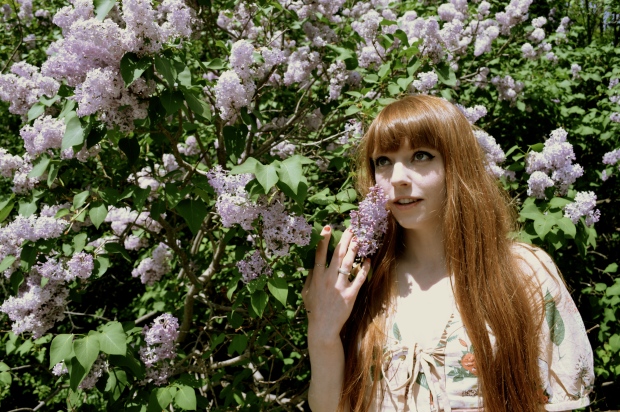 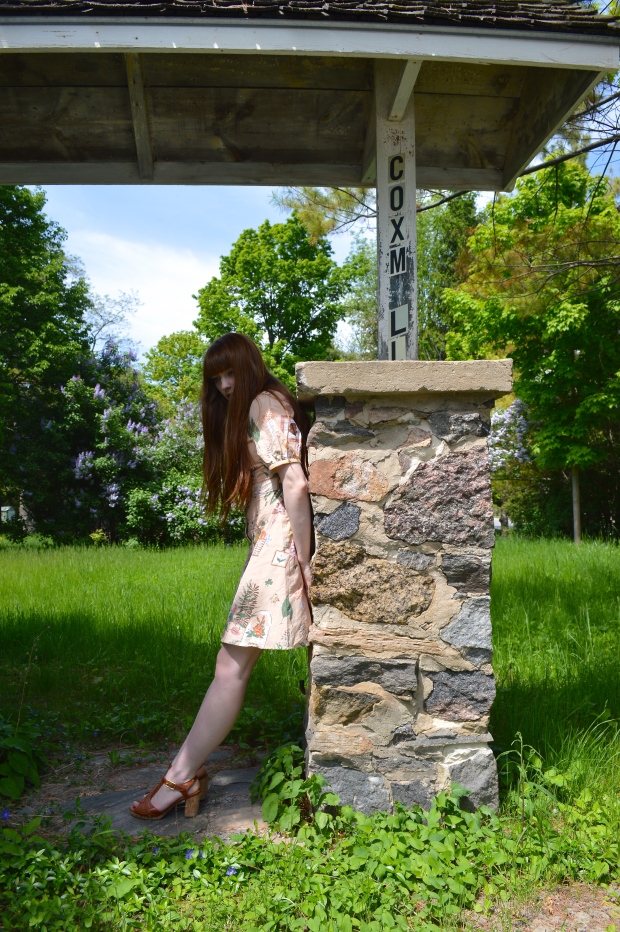 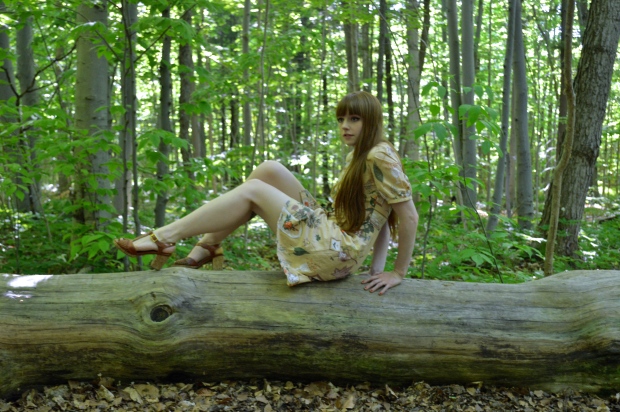 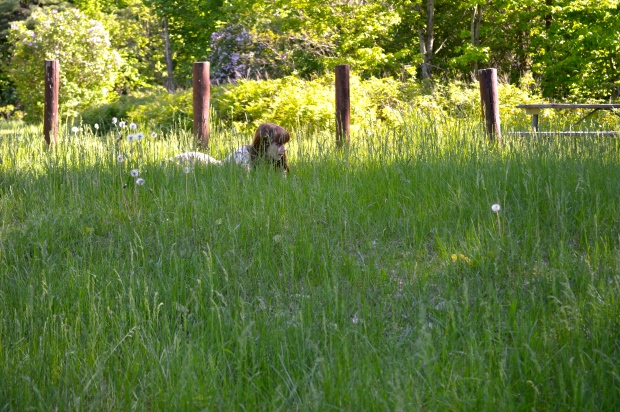 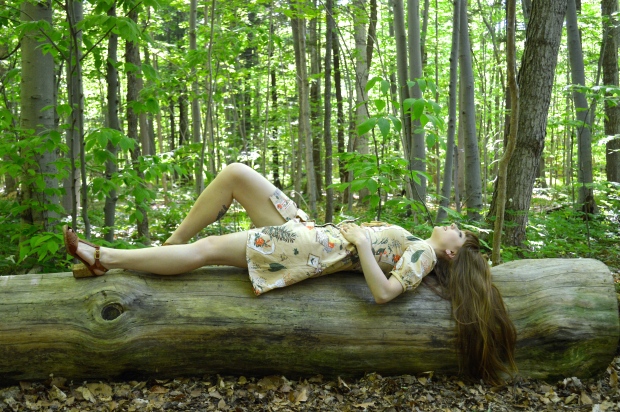 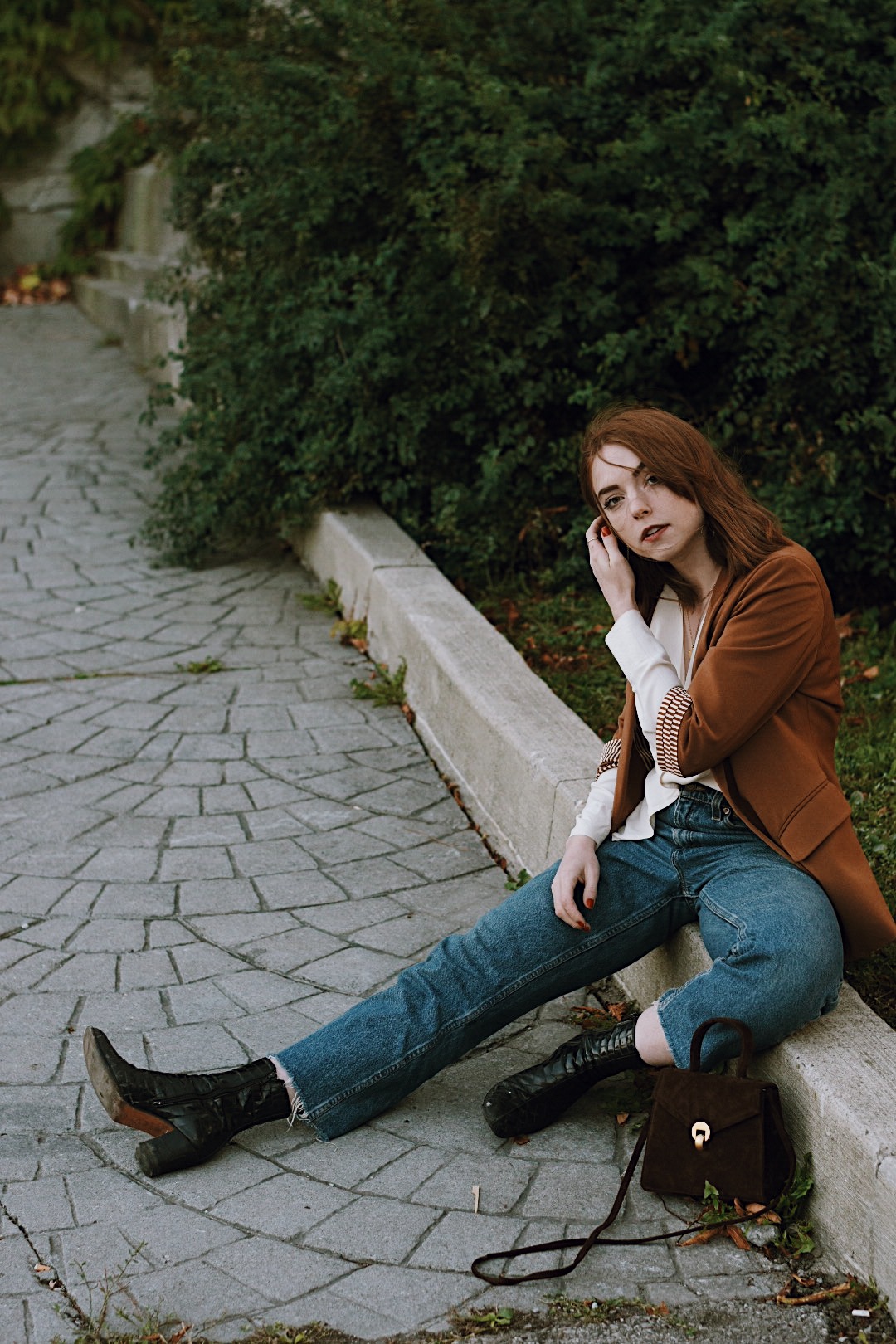