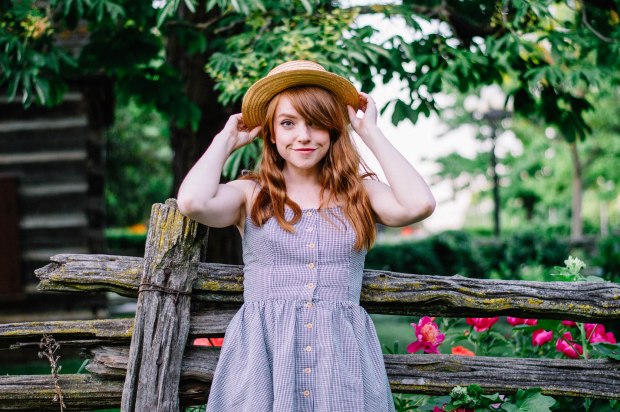 And a new viewpoint

It had been quite awhile since I set off just myself to take outfit photos. It’s far more convenient to have others help me out, but I certainly missed the process of shooting myself. I will admit though, I think I needed the break. I was feeling a bit apathetic about the images and content I was creating for this space, which I’ve come to gather is why there has been far less posting around these parts. However, I was welcomed home from Mexico with a new lens, care of Zach (sweet one, he is), and I’m feeling pretty excited and rejuvenated by it. I guess it’s fitting that a new lens can literally change your perspective.

As for the May dress, it’s my latest one from ACT THREE.‘s most recent collection, and I think my favourite from the label yet. I am usually not very drawn to 50s – early 60s silhouettes, but this dress still felt well suited to me, and once I tried it on it quickly became a favourite for the summer. The thing about this dress, the first time I wore it, I really felt great in it. It’s not too short, it’s not too tight, the fabric feels sturdy but lightweight enough for summer and it has sweet details like wooden buttons up the front and tied shoulder straps. It’s a gem this one, but I wouldn’t expect anything less from ACT THREE. 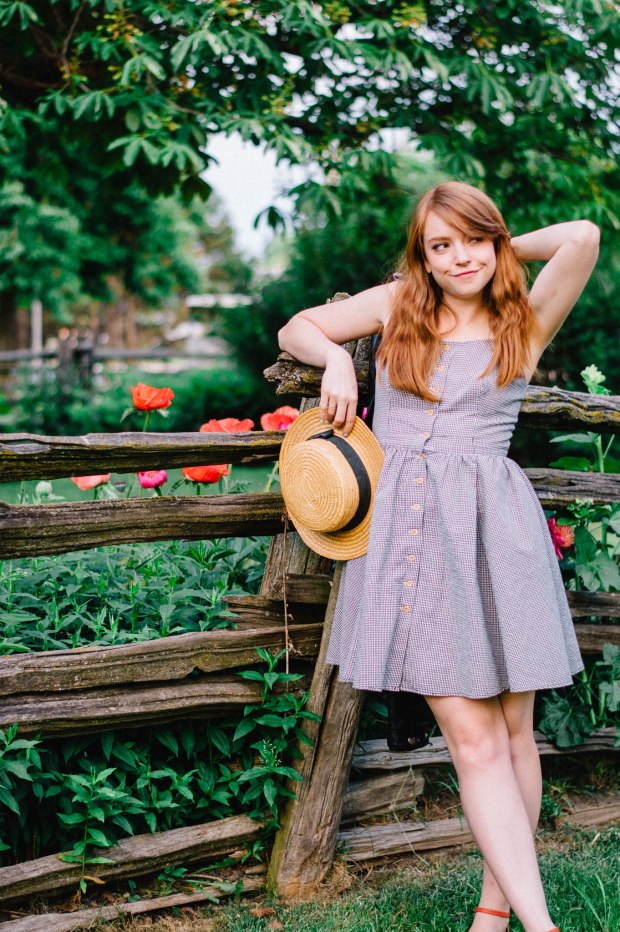 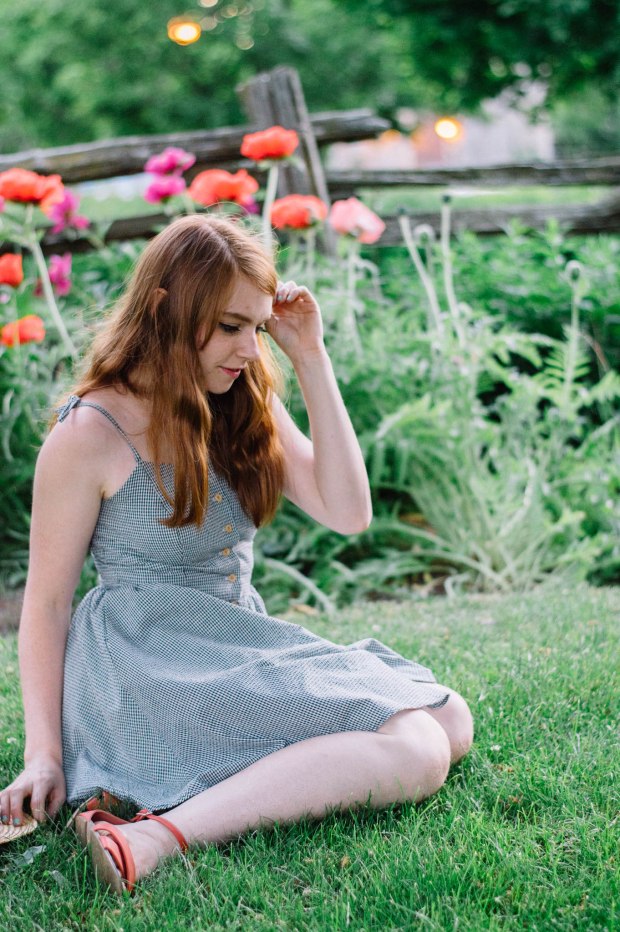 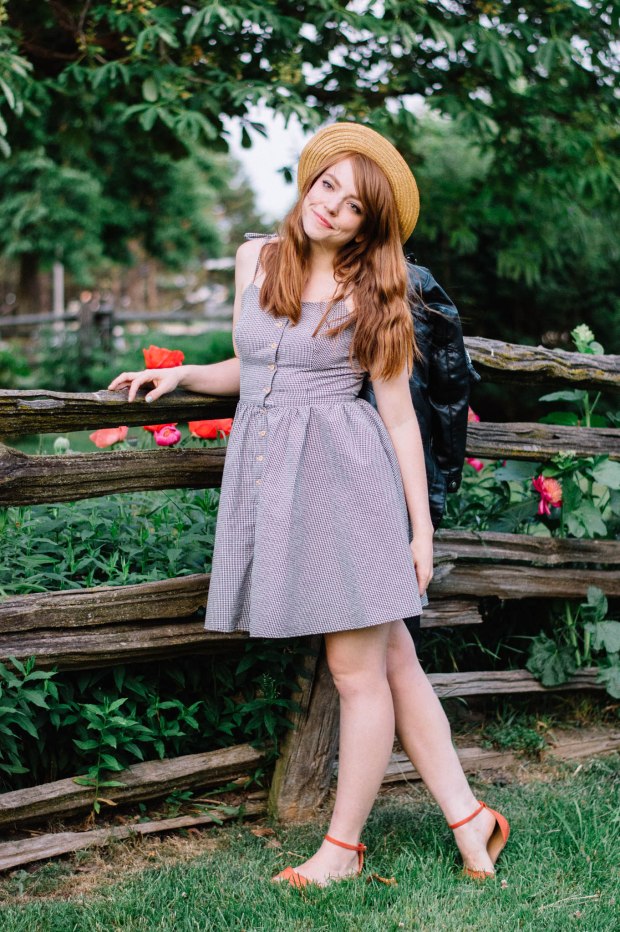 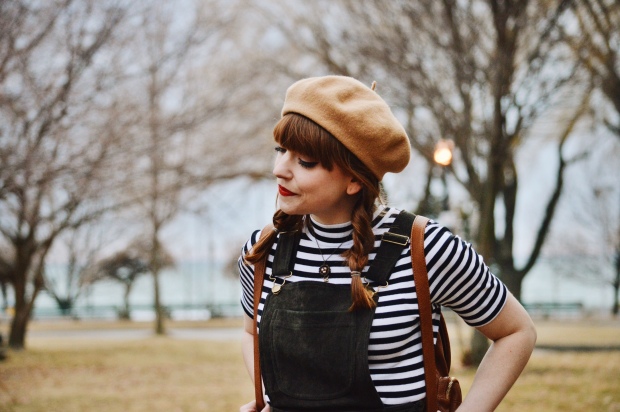 Unintentionally, this outfit ended up seeming quite inspired by the Beat Generation – Breton stripes, beret, turtleneck, loafers, whole lotta black – a term coined by Kerouac in the late 40s to describe his group of non-conforming literary peers. To be honest, there was no real uniform for this subculture of “beaten down” youth (read: hipsters) of the 50s-mid 60s. The outfits likeness to this subculture is only really inspired by a caricature (read: stereotype) version of a beatnik. But it’s kind of a fun and interesting style trope none the less. Fun because it looks so damn cool, and interesting because it’s so universally understood; even if you know absolutely nothing about beatnik culture, it’s “style” still influences many outfits and trends today.

Aside from any perceived influence this outfit may have, I mostly wanted to showcase my knapsack, which I have been carrying around with me everyday since I got it. It’s pretty wonderful to have full use of both arms while out and about, a feeling I didn’t realize I was missing all these years being a religious purse carrier. Now I’m hoping I can find a wee bit smaller one, of similar style, in black…so if you spot any on the wide web (or in store), please let this gal know!

in the GOLDEN HOUR

I’ve owned these navy shorts for many years now and never been able to part ways with them – they always make the cut (kind of a pun?). They are lightweight, made of a super soft cotton, and have a dressy feel to them, similar to many of my high-waisted trousers. I love them as much as the day I got them, however, being put in the dryer one too many times over the years, they have become really short, we are talking bum cheek peeping out when bent over short. Until recently I had never considered pairing them with black tights, which would totally solve the bum problem…like maybe these could be cold weather shorts instead of summer shorts?! I guess the reason I had never considered it is I actually kind of dislike shorts with tights, or rather, light coloured (including denim) shorts with black tights (but only black tights, this does not include dark coloured tights…picky picky, I know); I do not like that specific contrast. Without thinking about it too much I had written off shorts with tights altogether without considering that a pair of dark shorts, navy perhaps, would actually look okay with black tights…it might even look kind of awesome.

Aside from this revelation, it’s a bit funny how people react to wearing shorts in the winter. Last night Zach and I went out for dinner and when I got out of the car he was surprised to see I was wearing shorts. He said something along the lines of “shorts?! it’s cold!” He knows I wear dresses and skirts year round, and if you stop to think about it, shorts are absolutely no different, at in least in terms of warmth or lack there of it. It just goes to show how much people really consider shorts a warm weather garment. I am a shorts and tights convert, although I don’t think you’ll see the contrast-y pairing any time soon…I can’t see that disdain budging any time soon. 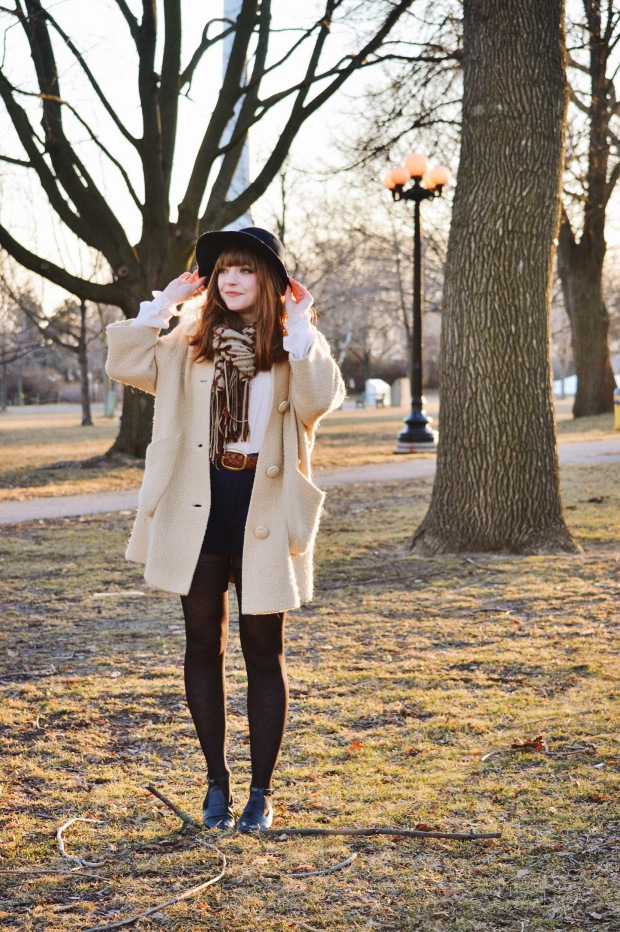 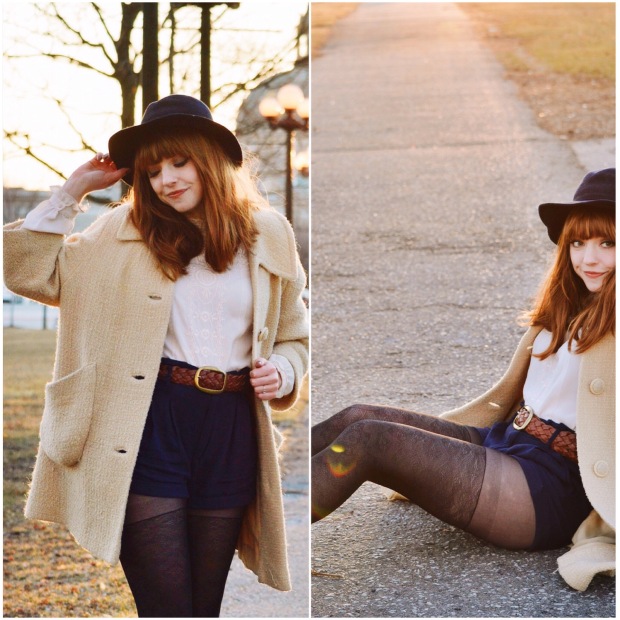 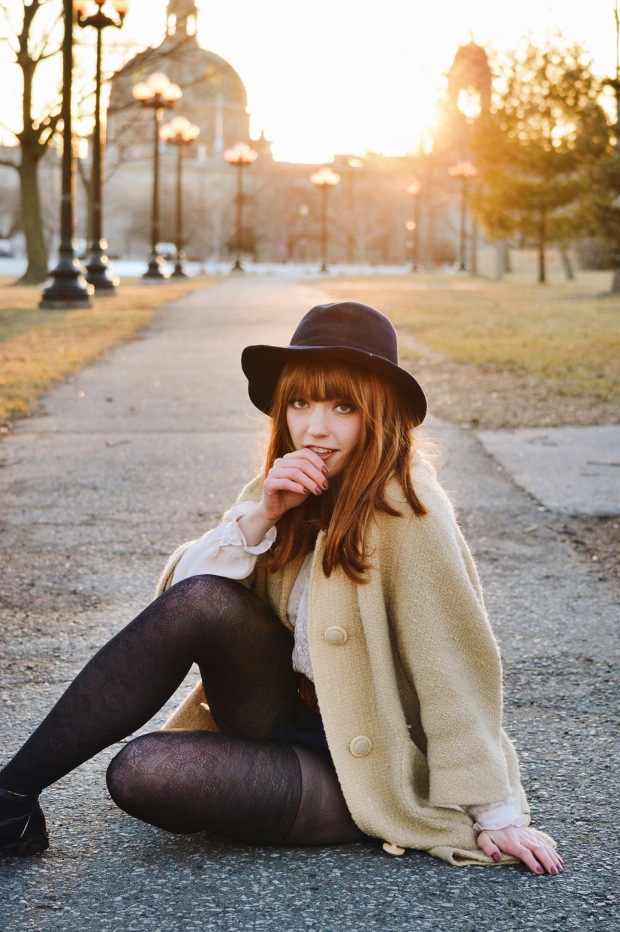 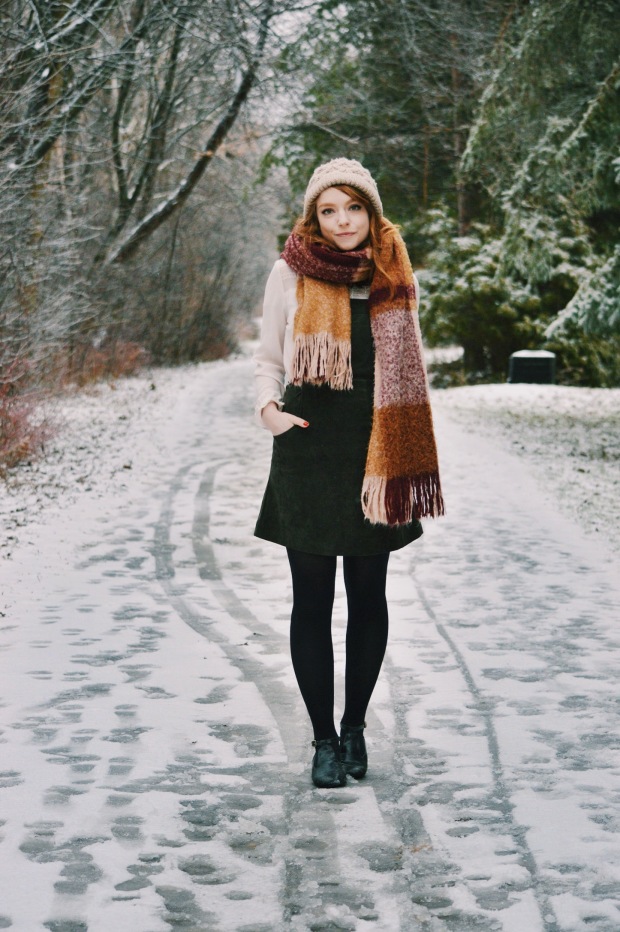 My parents have lived along this bike path as long as I’ve been alive, or rather, as long as my older brother has been alive, so about 29 years now. We first lived in a town house in a little courtyard along the bike path and then moved a street over to a bungalow backing onto the bike path. This path and forest has seen me through years and years of childhood games, teenage rebellion and a whole lot of over-dramatic sassyness. It’s as much part of my childhood and teen years as our family home, so I felt compelled to share a bit of that with you while I was in Ottawa visiting my family for Christmas. It actually felt pretty lovely that snow fell on this particular day, because before then there was absolutely no snow in Ottawa and the temperatures were much more like early fall than late winter. I honestly don’t much like snow, but it’s beautiful when you are just looking at it and not trudging through it, so I was glad that it showed up on the day I decided to snap some photos. I’m back in Toronto now, but it was nice to spend some time with family, start feeling like a human again (read: not sick) and recharge for the New Year.

How was your holidays? Do you have New Year plans? Tell me things. ❤ 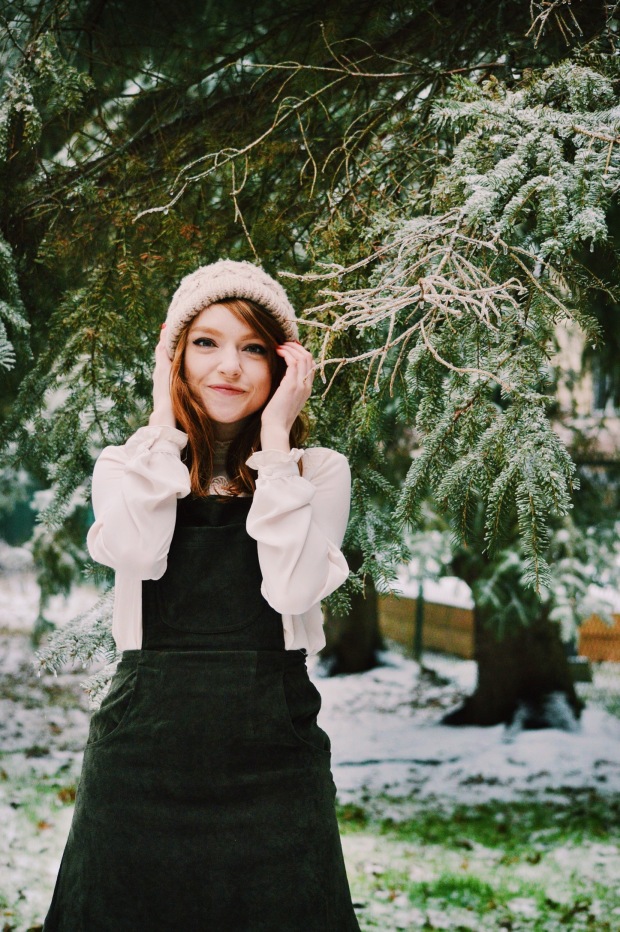 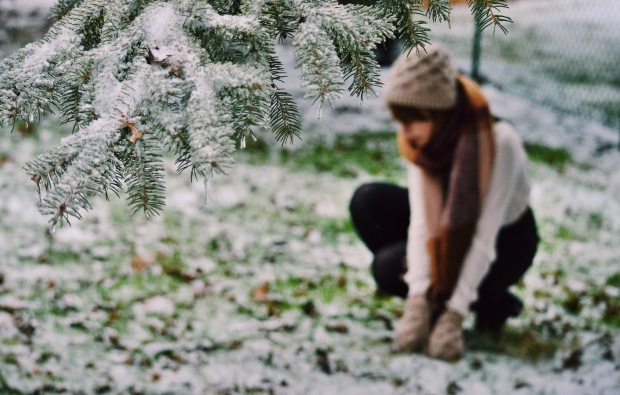 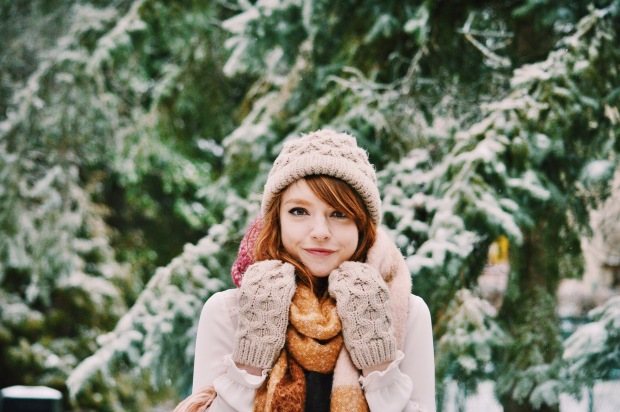 I apologize for my absence from this wee corner of the internet for almost a week now. Life has been a whirlwind of changes, which is taking a bit of getting used to at the moment. I’ll soon share with you what has been going on recently, but for the time being I’ve got an outfit for you that has felt like a savior during these extremely warm, final days of summer.

I hope you all had a wonderful long weekend. Let me know what you have been up to! I’ve missed you all dearly! 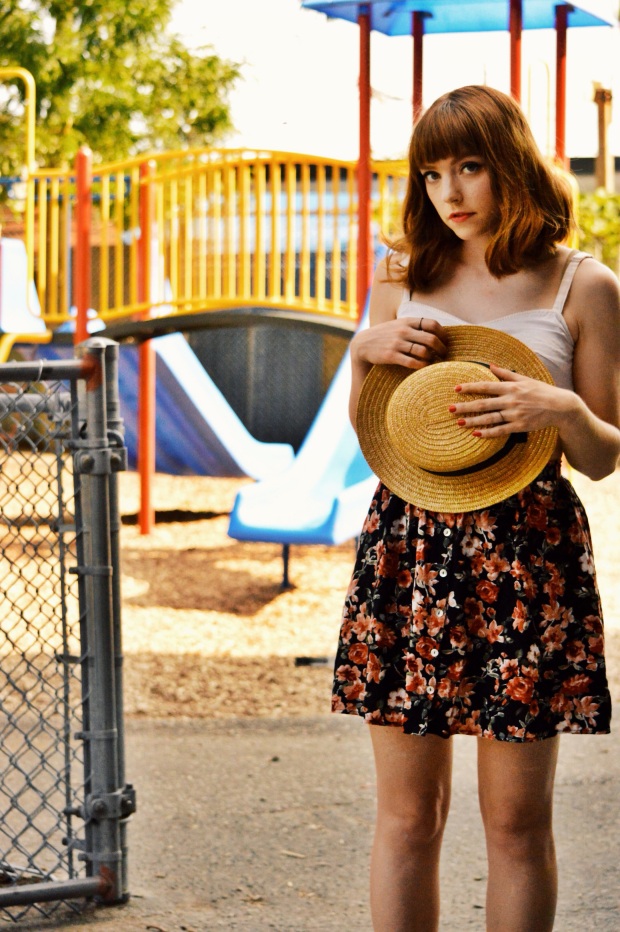 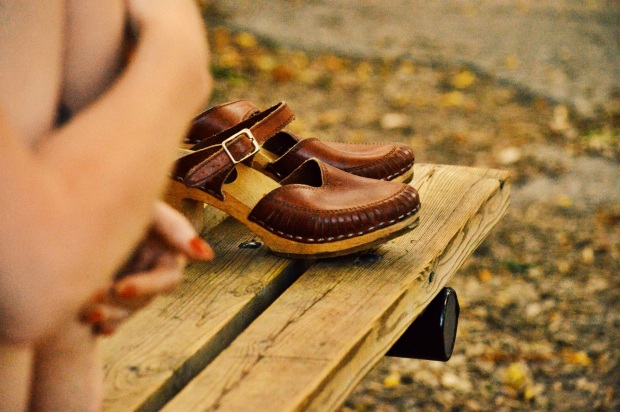